Virginia AEE In The News

On March 14, Gov. Northam issued one of his first vetoes this year. HB. 2611 would have made it harder for the Commonwealth to establish cost-effective, free-market emission rules for power plants. By vetoing it and the corresponding budget language, which we presume he will address, the governor did all Virginians, especially those living paycheck to paycheck, a favor.

Virginia regulators have denied Walmart’s request to buy electricity generated by someone other than the state’s two largest electric monopolies, setting up a potential legislative brawl between heavyweight business interests.

Virginia is one of a handful of states with electric monopolies where customers can also shop around under certain circumstances. Walmart wanted to aggregate its stores’ total electric usage in order to meet the threshold needed under state law in order to buy its energy on the open market. Several other major companies have filed similar requests, including Target, Costco, and Albertsons, which now appear doomed after the Walmart ruling…

LAST month, the State Corporation Commission rejected the majority of the provisions in Dominion Energy’s grid modernization plan, citing “high costs to customers outweigh(ing) … any proven benefits.” In other words, the SCC concluded that much of Dominion’s grid mod filing lacked justification when asking for ratepayers to foot a multi-billion-dollar bill...

Following the SCC decision, Dominion watchdogs in the General Assembly, as well as environmental and consumer advocates from every corner of Virginia, reveled in seeing the utility so publicly rebuked. But their celebration tells only half the story.

While it is significant that the SCC so bluntly said that Dominion lacked a “well-reasoned plan” that had “little to no benefit to customers,” the commission also gave the utility a set of clear and reasonable suggestions for future filings that detail how they may invest in grid modernization while ensuring that ratepayers see a return on such investments.

Think about how many people work at your local supermarket. There is a manager, likely a butcher or two, a green grocer, half a dozen stock clerks, a dozen cashiers, maybe a baker or even a pharmacist. Multiply that across your town, county, the commonwealth as a whole and you get a big workforce.

Big as that workforce may be, the advanced energy workforce is bigger. Today in Virginia, 97,700 people hold jobs in wind, solar, energy efficiency, battery storage, electric vehicles and other innovative energy technologies. That’s more than the total number of employees in all of the grocery stores and supermarkets across the Commonwealth.

These numbers make it clear: Advanced energy is a vital part of our economy. This industry employs people in every corner of Virginia – from 1,990 people in Roanoke to 4,600 in Virginia Beach, 3,580 in Chesterfield and 19,900 in Fairfax — with a range of skills and degrees: construction workers, software designers, sales professionals, electrical engineers and more.

More Workers in Virginia Advanced Energy than in Grocery Stores, Double Those in Hotels and Motels

Today, national business group Advanced Energy Economy (AEE) released a fact sheet showing that Virginia has 97,700 people working in advanced energy across the state. This represents more than those employed by groceries and supermarkets (75,133), and twice as many as those at hotels, motels, and resorts (45,777) across the state. The U.S. has a total of 3.4 million working in advanced energy jobs across the nation.

Energy News Network interviewed Virginia AEE's Executive Director for a piece regarding his outlook on the Commonwealth as AEE works to build a presence in Virginia. From the article:

Energy News Network: You’re about five months into your job. What’s been the biggest surprise for you in that short window?

Godfrey: It’s the speed at which things are changing in Virginia. The legislation known as SB 966, with its focus on targets for wind and solar, energy efficiency, energy storage pilot projects and grid modernization is an encouraging and concrete sign of how the landscape has shifted.

Energy News Network wrote an in-depth piece regarding the opportunity for offshore wind development in Virginia, and what it might take to get the Commonwealth ready for action. From the article

Does Virginia have the pieces in place for an offshore wind boom?

"The state and region that decides to lead on offshore wind will enjoy the gains of providing the supply chain and jobs" [Harrison Godfrey] said. One of his fears is that the state will move too slowly and lose out on a growth opportunity for which it is well suited. "The race is on," Godfrey said "and to the victor go the spoils."

In Virginia, several voluntary renewable energy tariffs have been introduced by the state’s two largest investor-owned utilities, Dominion Energy (Dominion) and Appalachian Power Co. (APCo). Customers also have the option to purchase renewable energy from competitive service providers, with certain restrictions. Are the options now available sufficient to meet the needs of Virginia’s diverse businesses that want renewable energy to power their operations?

Energy News Network wrote an in-depth piece regarding the outlook for energy efficiency in the Commonwealth. While SB. 966 should spur over $1 billion in new EE investments over the next decade, advocates are worried that the investments may not yield the savings they should. From the article

Virginia Efficiency Programs Due for Windfall, But Will It Be Well Spent?

'Harrison Godfrey, executive director of Virginia Advanced Energy Economy, a trade association that advocates for clean energy and efficiency, said he is “not convinced utilities will invest in technologies that are real game-changers,” such as digital meters to help mid-sized customers manage energy use.'

Earlier this month, Virginia’s Department of Environmental Quality (DEQ) wrapped up a public comment period on its proposed CO2 Budget Trading Program. Under this regulation, fossil-fired generators with a capacity equal to or greater than 25 megawatts (MW) would be issued permits and required to meet mitigation targets, either through reducing emissions or procuring additional permits. This regulation will help make Virginia’s energy more secure, clean, and affordable while reducing emissions and bolstering the state’s economy – central goals of Virginia AEE.

For entirely too long, Virginia has trailed its neighbors when it comes to advanced energy. This year, the General Assembly took an important step to change that, with legislators from Virginia Beach and the Hampton Roads area playing a leading role. We should celebrate that leadership, and work to fully realize the opportunity they created.

In March the General Assembly passed, and Gov. Ralph Northam signed into law, SB 966. This legislation has the potential to accelerate advanced energy in Virginia, saving money for customers and boosting job growth in the commonwealth. Negotiated by the governor, legislators, Virginia utilities, large energy users and a group of environmental, clean energy and consumer advocates, this bill opens the door to significant investments in energy efficiency and clean generation.

From our perspective, this bill presents an opportunity to create new clean energy jobs while potentially letting all Virginians save money and benefit from an advanced energy economy. Advanced energy in Virginia means jobs and entrepreneurial innovation.

Modeling finds regulation proposed by DEQ could reduce electricity rates, boost economy with up to $4.6 billion in investment and up to 40,000 new advanced energy jobs

Virginia Advanced Energy Economy (Virginia AEE) submitted comments today regarding the carbon dioxide (CO2) emission trading program proposed by the Virginia Department of Environmental Quality (DEQ). In the comments, Virginia AEE expressed its support for the proposed regulation, noting that it will help make Virginia’s energy more secure, clean, and affordable, while driving up to $4.6 billion in in-state investment and adding up to 40,000 new advanced energy jobs.

Using the State Tool for Electricity Emission Reductions (STEER), an integrated resource-planning tool built to identify the least-cost way to implement CO2 regulations, Virginia AEE modeled possible compliance pathways. It found that utilizing a diverse portfolio of advanced energy resources – including both renewable energy and energy efficiency – Virginia could reduce emissions by over 13.3 million tons between 2020 and 2030, far surpassing the reduction targets in the draft regulation.

Gov. Ralph Northam has an opportunity — through a rare vacancy on the State Corporation Commission (SCC) — to unleash innovation and accelerate economic growth in the commonwealth. We urge him to seize it.

The SCC regulates Virginia’s energy economy, overseeing everything from the costs a utility may recoup for building infrastructure (such as pipelines) to the development of wind power in places such as Botetourt County. This past February, Judge James Dimitri, one of the three members of the SCC, retired.

Under normal circumstances, vacancies on the SCC are filled by the General Assembly, without the governor’s input. Although legislators considered a number of candidates to fill the remainder of Dimitri’s term, they failed to reach consensus before adjournment. As a result, the responsibility to fill this vacancy — in accordance with Virginia’s Constitution — falls to the governor.

Utility Dive covered the announcement by Microsoft that it will purchase 315 MW of energy from two sPower solar projects in the Commonwealth of Virginia. From the article:

Microsoft claims its planned purchase of 315 MW from two solar projects under development in Virginia by sPower is the largest power corporate PPA in the United States to date.

Virginia AEE hailed the announcement, as quoted by Utility Dive:

The Microsoft deal will not only “nearly doubles the amount of installed solar capacity in the Commonwealth, but with it Microsoft and sPower will also provide a new way for other energy purchasers to buy into, and benefit from, the secure, clean, affordable energy these solar facilities provide,” Harrison Godfrey, executive director of the advocacy group Virginia Advanced Energy Economy.

RICHMOND, March 22, 2018 – Today, Virginia Advanced Energy Economy (Virginia AEE) hailed the announcement by Microsoft Corp. that it would purchase 315 MW of energy from two new solar energy projects being developed in the Commonwealth. The projects – Pleinmont I and II, which will be developed, owned, and operated by sPower, an AES and AIMCo company – will have a total capacity of 500 MW. Both Microsoft and AES are members of Advanced Energy Economy (AEE), a national business organization, with which Virginia AEE is affiliated.

“This announcement is groundbreaking for advanced energy in Virginia,” said Harrison Godfrey, executive director of the business group Virginia Advanced Energy Economy. “Not only will this investment nearly double the amount of installed solar capacity in the Commonwealth, but with it Microsoft and sPower will also provide a new way for other energy purchasers to buy into, and benefit from, the secure, clean, affordable energy these solar facilities provide.” 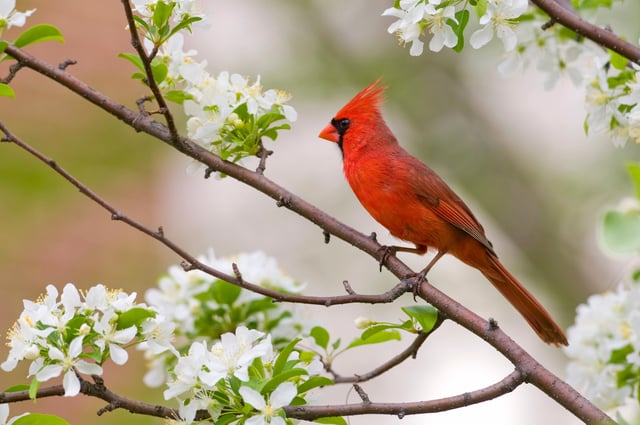 The 2018 legislative session of the Virginia General Assembly ended Saturday, capping a two-month sprint that included breakthrough legislation that will accelerate renewable energy development and energy efficiency investment in the Commonwealth, with AEE engaged all the way. But the legislature left behind some unfinished business: while much ink has covered the Assembly’s inability to pass a budget, lawmakers also failed to reach consensus on appointing a new member of the State Corporation Commission (SCC), which has potential implications for Virginia’s advanced energy future.

Here is a look back at the progress we have made, and ahead to unfinished business, as we work to build a greater presence in the Commonwealth and expand the market for advanced energy companies.